We are a Book Club catering for both children and adults.

Our Club meets every Thursday evening (7.30pm-9.30pm) in the Shannon room at the Cliffdale Hotel in Milford, Co.Limerick. 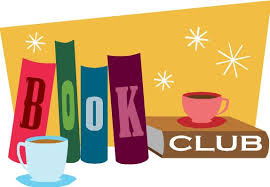 This webpage contains information that we hope is beneficial to both current and prospective members.
Please take a look around and we hope to be welcoming you in person soon!

Milford Book Club was formed in Oct 1998 by a small group of 5 friends who enjoyed reading the latest offerings from authors around the world and discussing their thoughts, feelings and the impact a book made upon them .  We have grown beyond all expectation since then and now have over 100 active members at any time.

As membership grew over the years, we broke out into a number of different groups within the Club. There are currently 5 groups within the Milford Book Club and each meets at least once a month. Please see our Reading Groups section below for more details.

As well as encouraging our members to read and share their thoughts on the latest best sellers, we offer the local community a free service that we hope will help young children to discover the joy of reading at an early age and provide many within our older community the opportunity to continue to enjoy their favourite authors. 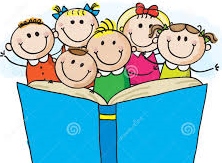 Our free service is run by volunteers from the Book Club who visit playgroups, schools and active retirement groups providing fun and enjoyable reading sessions.Our volunteers also leave behind a selection of books that have been donated by club members so as those we have spent time with have an opportunity to continue reading that book we started during our visit. We welcome book donations and volunteers at any time!

New members are welcome throughout the year so, if you’d like to see for yourself what we have to offer, drop by any Thursday evening and check us out! You’ll be made to feel very welcome and there’s always a nice cup of tea or coffee on the go. So, don’t delay – join today!

Books of the Month 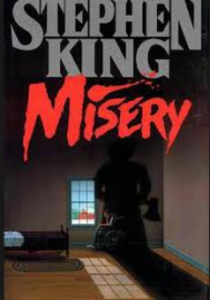 Misery (1987) is a psychological horror novel by Stephen King. The novel was made into a Hollywood film and an off-Broadway play of the same name. When King was writing Misery in 1985 he planned the book to be released under the pseudonym Richard Bachman but the identity of the pseudonym was discovered before the release of the book.

The novel focuses on Paul Sheldon, a writer famous for Victorian-era romance novels involving the character of Misery Chastain. One day he is rescued from a car crash by crazed fan Annie Wilkes, who transports him to her home and, once finding out what he has done to Misery in his latest book, forces him to write a new book modifying the story – no matter what it takes. 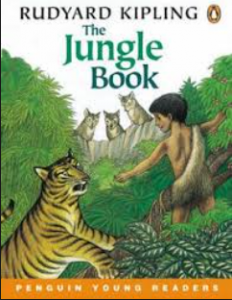 The Jungle Book (1894) is a collection of stories by English author Rudyard Kipling. The stories were first published in magazines in 1893–94. The original publications contain illustrations, some by Rudyard’s father, John Lockwood Kipling. Kipling was born in India and spent the first six years of his childhood there. The tales in the book (and also those in The Second Jungle Book which followed in 1895, and which includes five further stories about Mowgli) are fables, using animals in an anthropomorphic manner to give moral lessons. The best-known of them are the three stories revolving around the adventures of an abandoned “man cub” Mowgli who is raised by wolves in the Indian jungle. 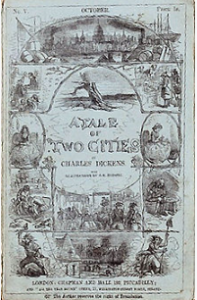 A Tale of Two Cities (1859) is a novel by Charles Dickens, set in London and Paris before and during the French Revolution. With well over 200 million copies sold, it ranks amongst the most famous works in the history of literary fiction.[2]

The novel depicts the plight of the French peasantry demoralised by the French aristocracy in the years leading up to the revolution, the corresponding brutality demonstrated by the revolutionaries toward the former aristocrats in the early years of the revolution, and many unflattering social parallels with life in London during the same time period. It follows the lives of several characters through these events. The 45-chapter novel was published in 31 weekly installments in Dickens’s new literary periodical titled All the Year Round

J.D. Salinger’s “The Catcher in the Rye” 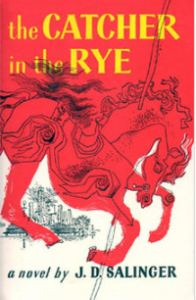 The Catcher in the Rye is a 1951 novel by J. D. Salinger. A controversial novel originally published for adults, it has since become popular with adolescent readers for its themes of teenage angst and alienation. It has been translated into almost all of the world’s major languages. Around 250,000 copies are sold each year with total sales of more than 65 million books.
The novel’s protagonist Holden Caulfield has become an icon for teenage rebellion. The novel also deals with complex issues of identity, belonging, loss, connection, and alienation. The novel was included on Time ’​s 2005 list of the 100 best English-language novels written since 1923, and it was named by Modern Library and its readers as one of the 100 best English-language novels of the 20th century.

Detective Michael Bennett finally returns to New York City—and to the most unsettling, horrific case of his career.
At last, Detective Michael Bennett and his family are coming home to New York City. Thanks to Bennett, the ruthless crime lord whose vengeful mission forced the Bennett family into hiding has been brought down for good. Back in the city that never sleeps, Bennett takes over a chaotic Outreach Squad in Harlem, where he receives an unusual call: a man claims to have seen a group of well-dressed men holding a bizarre party in a condemend building. With no clear crime or evidence, Bennett dismisses the report. But when a charred body is found in that very same building, he is forced to take the demented caller seriously!

Return to Top of Page

Recommended by Our Members

The Help by Kathryn Stockett

The Help is a 2009 novel by American author Kathryn Stockett. The story is about African-American maids working in white households in Jackson, Mississippi, during the early 1960s. A USA Today article called it one of the “summer sleeper hits”. An early review in The New York Times notes Stockett’s “affection and intimacy buried beneath even the most seemingly impersonal household connections” and says the book is a “button-pushing, soon to be wildly popular novel”. The Atlanta Journal-Constitution said of the book: “This heartbreaking story is a stunning début from a gifted talent.”

The ages mentioned above are only guidelines so, if you’d like to participate in a group that is outside your age range just talk to the Group Leader and they’ll help you.

We look forward to all of your questions, comments and suggestions. We endeavour to respond as quickly as we can and pride ourselves by responding to everyone.
Many thanks, Freddy McNally (on behalf of Milford Book Club)
Return to Top of Page