In 1939 the first residents moved into the new Corporation Housing Estate at Janesboro. Prior to that Janesboro had been a cul-de-sac that ran from the Roxboro Road to where the CBS hurling field is now located. Halfway down the avenue, Clansfort Terrace branched off and was also a cul-de-sac. At one time there was a small right of way at the top end that led back to the Roxboro Road.
The new Janesboro houses were built on the fields leading down to the railway track. As the Janesboro scheme was not what was known as a “clearance scheme” the new residents came from all parts of town.

There was a lot of unemployment in the town and the rent of the new houses was outside the reach off families that did not have a regular wage coming into the household. Consequently, most of the families that moved into the area had someone working in what was known as a steady jobs such as Railways, ESB, Ranks, Army, Gardaí, Clothing Factory, Bacon Factory and local government jobs.

Naturally it took some time for this group of diverse cultural, political and sporting affiliations to gel with the existing residents of the area, i.e. Roxboro Road, Waller’s Well and Glenmore Avenue, and soccer was eventually the bonding agent, but not before the various area’s went into battle against one another in street leagues.

In 1943/44 season Mr J.J. Moran of O’ Donoghue Avenue took up a position on the Limerick Juvenile Council and Janesboro United were entered for the juvenile competitions. The qualifying age was under 16 years of age on the September prior to the competitions starting and, the rest as they say is History……………. “Up the Boro!“ 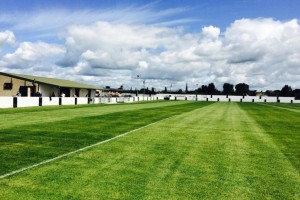 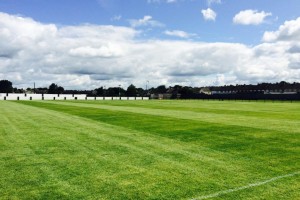 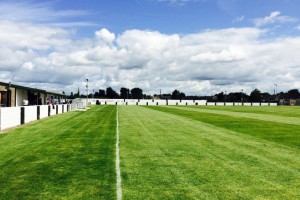 Janesboro FC will host a Bingo Night on July 1st in aid of our schoolboy/girls. 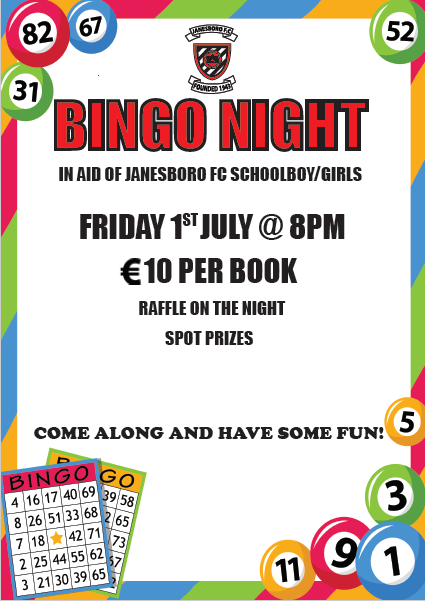 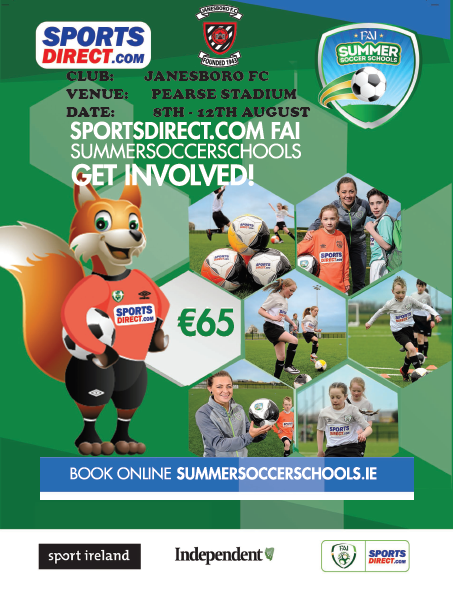 Wear with Pride or give as a nice gift to a Boro Supporter!

Available for sale in the Clubhouse – Only €4 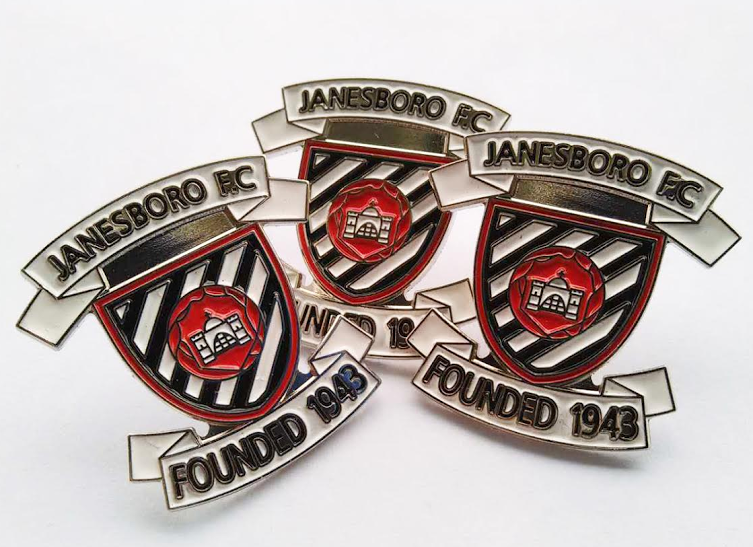 Congratulations to Evan Lynch who has made the munster youth team tonight and travel to sligo this friday for a 3 day tournament against leinster conacht and ulster . Best of luck Evan & well done!

Congratulations to Jason Cross & Evan Lynch who have recently had trials for the Munster schools interprovincial  team & the Munster Youth team. 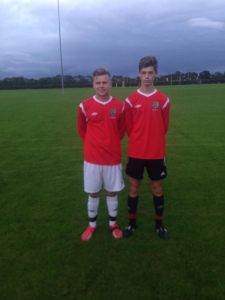 No Winner of Jackpot

Thank You for Your Continued Support!

Live Music in the Clubhouse This December

Remember: All live sports shown on our Big screen & 4 tvs

You can contact the Club Committee via email at janesborofc@yahoo.ie or feel free to fill in this easy to use form and we will get back to you as quickly as we can…